One day last year I found an intriguing piece of rubber on the beach at Seatown, Dorset.  I can’t be sure what it started out as but it had obviously been patched numerous times and the sea had distressed the surface beautifully.

My initial thought was to keep it intact as I loved it so much, but, on reflection I felt that there was so much going, it would be better to view it in bite sized chunks. So I tore it into five pieces.  This was a brave decision because, unlike with art that you have made, you will never be able to replicate a found object – once you’ve alterered it, it stays altered!

Next, I considered how I could add to the surface without distracting from the wonderful texture that the sea had created.  I chose some found pieces of paper and a little more rubber from another find and added them with stitch.  The original piece of found rubber was quite contorted and I considered laying the pieces under a heavy weight to flatten them before mounting – I have rejected that option because I think the twists and turns add interest to the piece but I will see what my framer has to say about it!

It is always a case of being careful to add just the right amount of stitch – too little or too much makes a deal of difference.  The aspect is also important and I will play with some variations in due course.

Here they are before I visit him: 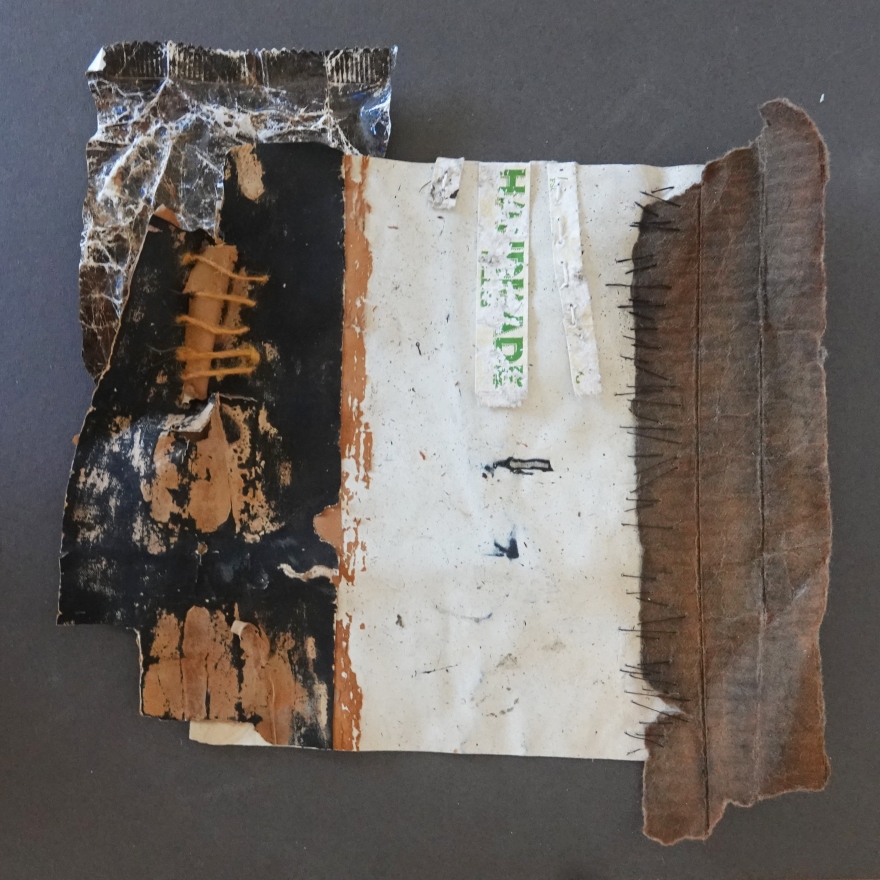 Once they are framed, I will update you with how they look!

2 thoughts on “It’s not easy stitching through rubber!”